The Roots : From Sigmund Freud to Alexander Lowen 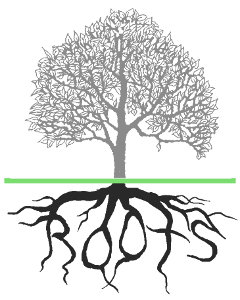 Bioenergetic Analysis was founded by Alexander Lowen in New York in 1956. It has its origins in psychoanalysis and the “talking cure” created by Sigmund Freud. One of Freud’s students, Wilhelm Reich emigrated to New York in 1939, where Lowen studied with him for the next 12 years. Wilhelm Reich, unlike Freud, was interested in “looking” at his clients. He noticed that the traumas they had suffered in childhood affected not only their minds but also their bodies, so he developed techniques for working with the blocked energy of the Autonomic Nervous System (ANS), or the “vegetative system” as the ANS is called in Germany and France. Reich’s work has influenced many schools of psychotherapy including Gestalt, Hakomi, Biosynthesis, Core Energetics, Bodynamics, Formative Psychology, Radix, etc. Each of these approaches reflects not only Reich’s basic work but also the insights and personalities of their founders.

Lowen developed Reich’s theoretical and clinical approach in 14 books, which are still in print, and in his public lectures around the world. He also established the International Institute for Bioenergetic Analysis (IIBA). Lowen believed that if we fully understood the language of the body and restored the feeling life of the body, we would restore our sense of connection with the ground, with nature, with ourselves, with each other, and with our spirituality.

Some of the key insights that Lowen has brought to Bioenergetics that reflected his own personality and times, were the importance of “grounding” and being on one’s feet and in one’s legs and pelvis. He also noted that the energy systems of the body work both in an upwards and downwards direction. He knew that the experience of stress, trauma and the pressures of modern society, pushed the life-energy into the core of the body and up into the head, locking the diaphragm, and thereby increasing anxiety, depression or narcissistic thinking, and reducing contact with “reality”. By accentuating the downwards movement of energy through “grounding” and opening up the energies of the guts and pelvis, he opened up the pathway to being a more powerful and joyful adult, in touch with one’s natural aggression and sexuality, open hearted and clear thinking. Lowen’s mantra was “You are your body”, and his love of the body as the doorway to a fuller life has inspired IIBA members around the world to continue this important work.

In his writings, Lowen elaborated on how the repression of the life force at different developmental stages of human development gave rise to typical characterological defence systems. His book, “The Language of the Body” (1958), which remains a classic text of its time, describes the origins of the schizoid, oral, narcissistic, masochistic and rigid character structures, and how these are manifest in the body. Lowen also developed and described the appropriate mind/body clinical interventions for these defensive holding patterns.
. 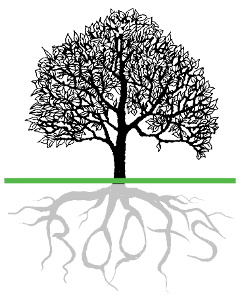 Alexander Lowen developed his theoretical and clinical approach in the 1950s and early 1960s, a time of social and sexual conservatism. There was clearly a need for techniques that opened people up to their inner realities, and Lowen had inherited Reich’s revolutionary impulse to free people from their muscular holding and political repression. He knew what he was talking about, and he was fearless in his pursuit of this truth. Lowen was an “expert” in reading a person’s history in their body and in seeing what they needed to do with that body to make greater room for their life-force. His was a "one-person therapy".

Modern Bioenergetic Analysis has continued to expand Lowen’s contribution by incorporating the advances in knowledge over the past 40 years. These changes include a focus on the importance of the interpersonal relationship in the psychotherapy process (a "two-person therapy"); an understanding that somatic, non-verbal processes are vitally important for the processing of early developmental issues; an awareness of the profound importance of the first three years of a child’s life in brain development and in the establishment of a secure attachment pattern;  an understanding that toxic environments and early relational trauma are not only seriously damaging to the sense of self but also to the form and motility of a person’s body; and the understanding that good therapy has to provide strong relational holding as well as grounding if the bodily and psychic self is to be restored. 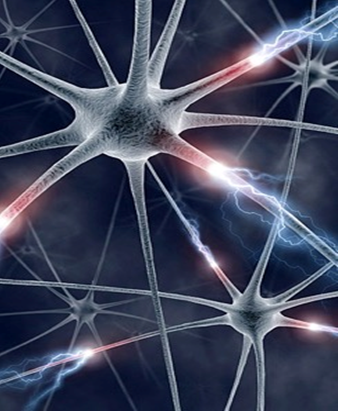 Research into the effectiveness of different psychotherapeutic approaches has shown that the main agent of change is the actual relationship between the therapist and the client. While the “chemistry” between client and therapist may be hard to define, we now know that mirror neurons allow us, as therapists, to enter a state of “resonance” with the client, whereby we experience something very close to what the client is actually experiencing: their perceptions, feelings and thoughts. At the same time and through this same process of resonance, the client can come to experience and know that they feel profoundly "felt" by the therapist. A magic moment indeed.

One of the primary benefits of the Bioenergetic training is that the more the therapist is in their own body, the more they are able to access this state of resonance, because it includes energetic, sensory and muscular aspects. The client’s symbolic and cognitive processes are also encoded within the therapist's somatic experience. Bringing all these dimensions into the therapeutic relationship, also brings greater potential for change and for releasing the deep well-springs of our humanity.

Naturally, the Bioenergetic therapist also seeks to understand the client's history, their current suffering and pain. Its an interesting fact that any issues a client is facing in their current life seem to emerge through "resonance" into the relationship patterns that form in the therapy room. As this happens, the mindful therapist is able to notice the sensations, emotions or thoughts that arise within herself as the client is working.
That might mean she experiences a sense of grief or of excitement even before the client is aware of their own emotions. And of course the therapist has to use regular supervision, in order to make sure she is not imposing her own issues or values onto the client. The therapist’s own Bioenergetic training and personal therapy, is of invaluable help in distinguishing what belongs to her and what belongs to the client, especially at the somatic and sensory levels. Mainstream Psychoanalysis is now also paying much more attention to the role of somatic sensations in unconscious interpersonal communications between client and therapist, also known as transference and countertransference.
It is interesting to note that recent developments in the field of trauma also confirm the importance of including the body in the therapeutic process. For instance, in trauma recovery work, “lower-brain processing” and the awareness of “body sensations” are key features of the sensorimotor techniques of Peter Levine’s “Somatic Experiencing”, of Pat Ogden’s “Sensorimotor Psychotherapy”, and of Babette Rothschild’s “Somatic Trauma Therapy”.

Alongside these advances is the call from affective neuroscientists for therapists to increase their skills in somatically-based clinical interventions so that the client can process strong emotions within the  “window of tolerance”. Such processes are also promoted by the National Institute for the Clinical Application of Behavioural Medicine (NICABM) in the USA, a key online resource for new approaches in trauma recovery.

What modern Bioenergetics is able to offer, is the ability to understand and work safely with the whole body and all of its emotions. This distinguishes it from many of the recent trauma therapies that focus primarily on the sensorimotor processing of the body. The Bioenergetic therapist takes seriously all the psychic defences, such as shame and repression, that a person had to develop to protect their integrity earlier in life. The therapist helps the client to identify and own the somatic blocks and tensions that hold these psychic defences in place, and helps the person to integrate their unique life-force, their “Mauri”, as it starts its gradual return to everyday life.

Taken in its entirety, the Bioenergetic approach has the potential to invite a person back into contact with the earth and with nature, to a deeper connection with their fellow human beings, and to a more embodied sense of  spirituality.